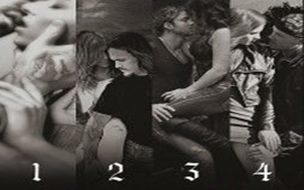 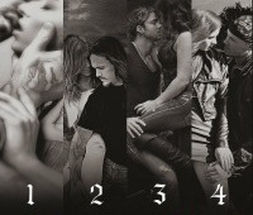 I have a couple of things to address, and I figured this is a good place to do it.

Many of you have asked about Heaven Hill #8 – Drew’s Story. It was supposed to be out in September, but my husband got sick at the end of August. He had surgery in the middle of September and now he is on the mend. Unfortunately, that threw me behind.

I am pleased to announce a couple of things.

1. The Heaven Hill Box Set is in Kindle Unlimited for a limited amount of time! http://amzn.to/1VjTT8Y

4. It should be out by the end of October!

The love of Drew Walker’s life left to pursue her dreams. He told her to go, forced her to go, knowing that a stripper’s daughter would never be able to escape her mother’s past.

In the wake of the leaving, she left him with a broken heart. A heart that he’s held very close to himself for the last ten years.

Charity Taylor has worked hard to get out from under the stigma of being Jasmine from Wet Wanda’s, daughter. Ten years away gave her the distance to grow a backbone, it also gave her enough time to miss the hell out of Drew.

When Meredith Blackfoot gets her back to Bowling Green to deal with a situation at CRISIS, none of them realize the danger they are in.

Home invasions, a woman and daughter running from an evil man, a potential race war and an attempt on Charity’s life puts Heaven Hill on alert like never before.

When the smoke clears, the bad guys are caught, and she is in the protection of Drew’s arms they can all breathe a sigh of relief.

In their hour of need, Charity is finally home.

Now, a lot of you have also asked about Jared & Shell’s book from Rockin’ Country. That one is called “Hard To Love” and will be out in late November/early December.

I’m not ready to announce exactly what I’ll be doing next year, but I will have a new release coming in January. Jan. 21st “Sketch” will release. Please add it to your Goodreads!

My name is Devin, but everybody calls me Sketch. I opened my own tattoo shop two years ago, and I’ve finally gotten to the point where I’m going to be able to give my wife everything she’s ever wanted. I’m going to be able to take time off and spend a day a week with her. In fact, tonight I stopped and grabbed some wine, got her flowers, and those chocolates she likes.

What I wasn’t prepared for was to be met at the front door by her carrying her shit out.

She loves me, but she’s not in love with me anymore. What kind of bullshit excuse is that? I’ve left her alone too often, I’ve been completely focused on one goal and apparently she’s sick of waiting.

So here I stand. Half the man I was, pissed as fuck, because while I was busy making a better life for her, she was under the impression that I was leaving her lonely. I know one day she’ll see what I’ve been doing has been for us, and when that day comes, she can damn well come crawling back to me.

The cover as well as pre-order links will release for that one around October 24th!

I’m excited for EVERYTHING coming up! If you have any questions, be sure and comment or send me a message!